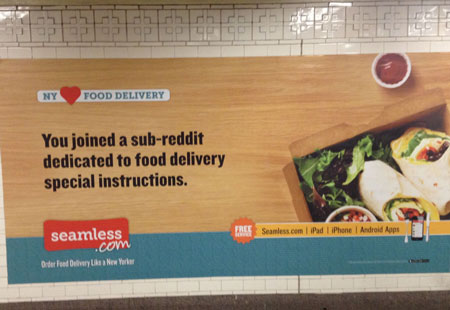 If you’ve been in the NYC subway recently, you’ve probably seen a very thorough campaign run by Seamless.com. It seems to me this campaign strikes an odd tone that fundamentally misunderstands the value in their service.

I love Seamless – when I order through their service, I see all my local takeout offers, without a drawer of crumpled, out of date menus. The problem with old-fashioned delivery ordering isn’t the phone call – it’s the selection process. Yet this campaign overlooks Seamless.com’s capabilities as a super-menu in favor of pitching the site as a service for recluses and trolls. 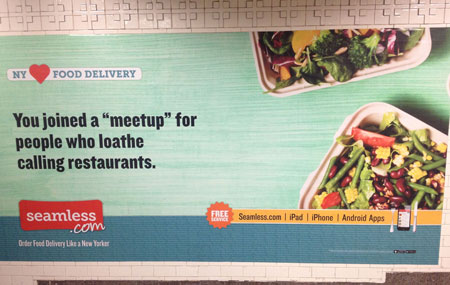 I’m fairly certain Seamless’s user base isn’t built on sociopaths so terrified of human interaction that they’ve formed a subreddit to instruct minimum-wage food workers. And I know I’m not such a tech-worker caricature that I lack the ability to pick up a phone. 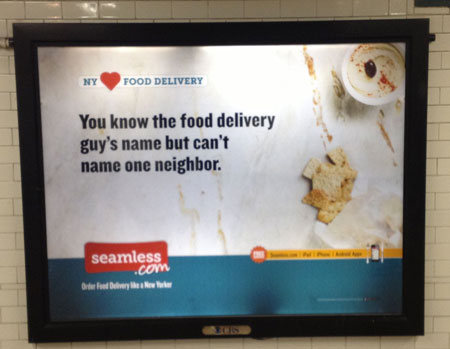 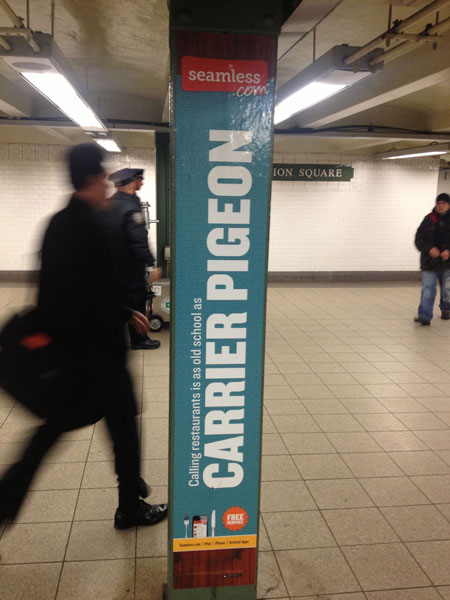 Now, who wants to join a meetup to protest getting their mailbox stuffed with menu flyers? (you could always just follow @jamesfacts on Twitter, too!)